Identify the best fishing zones thanks to worldwide Oceanographic Forecasts.

By collecting and analyzing the oceanographic data it is possible to identify fishing zones. It effectively allows the zones with high probability of containing fish to be identified, while reducing operational costs and the degree of impact on the environment, simply by going straight to the source.

Integrated features that meet your needs

The altimetry identification service, geostrophic currents, sea surface temperature SST and plankton and chlorophyll concentration are all available at your fingertips to make planning fishing trips quicker, easier and more intelligent. Our forecast workspace provides a free platform from which you can get access to both oceanographic and weather forecasts.

Only an internet connection is required to receive this data. 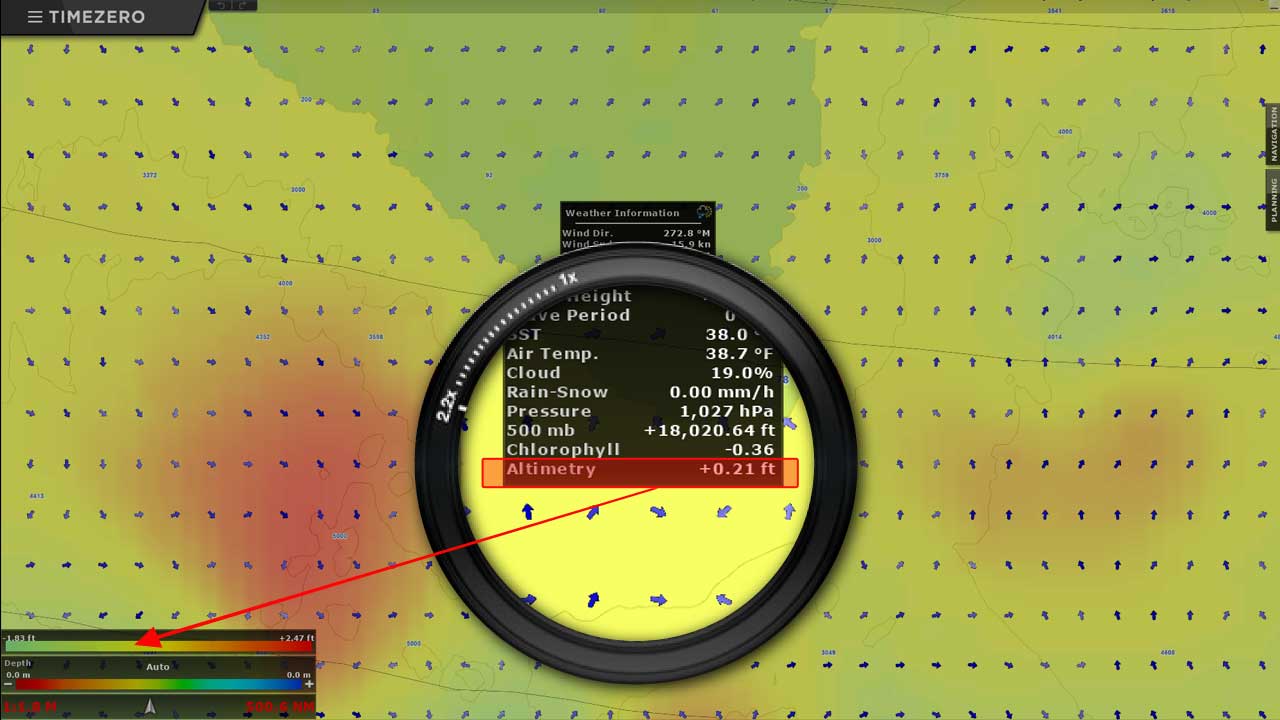 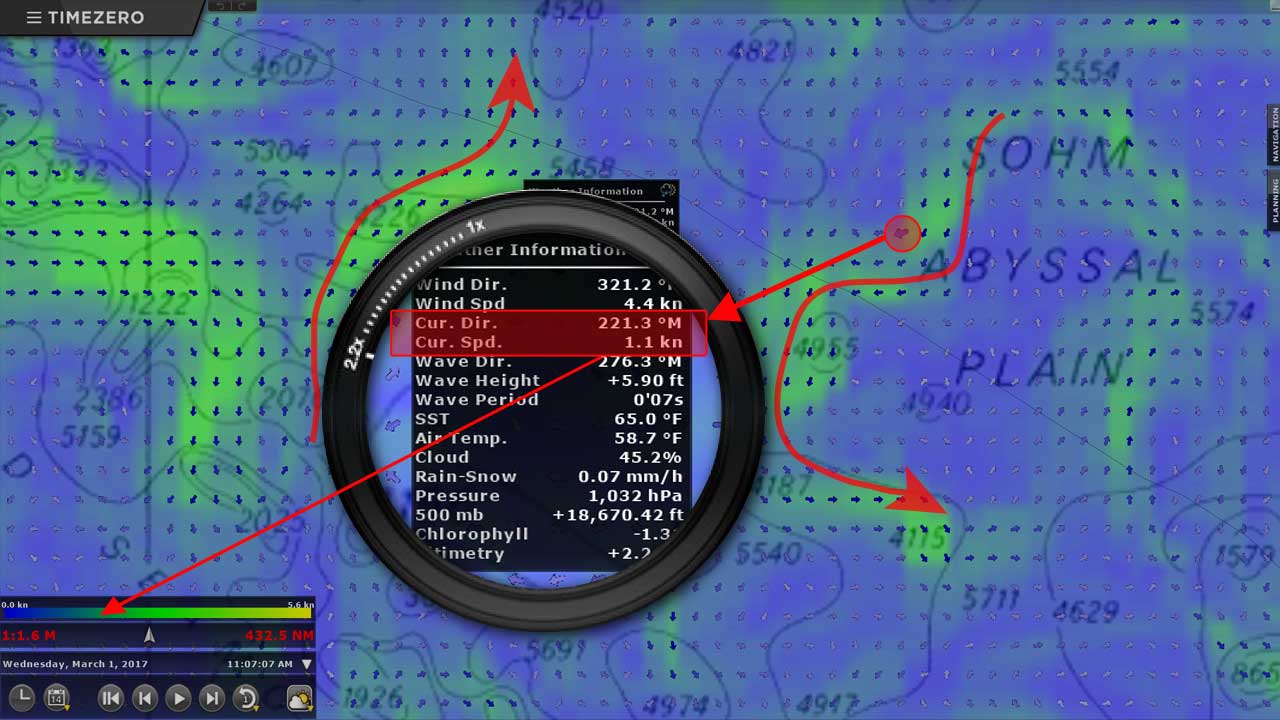 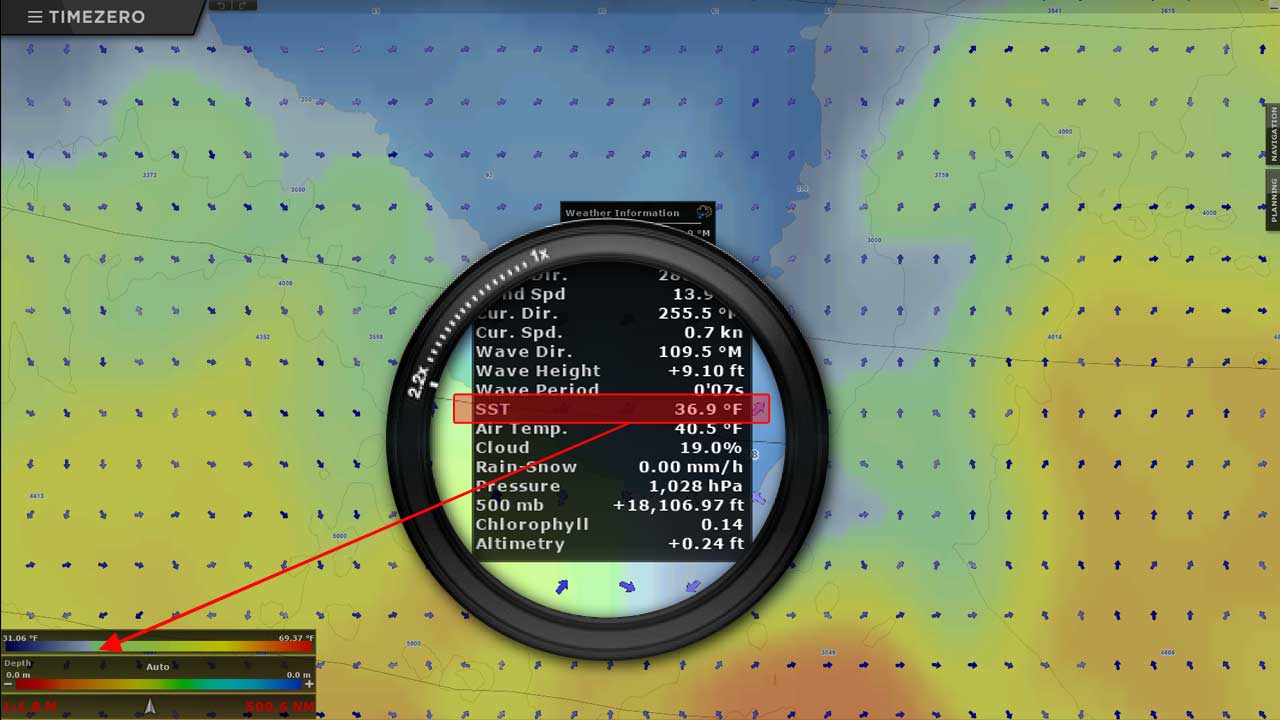 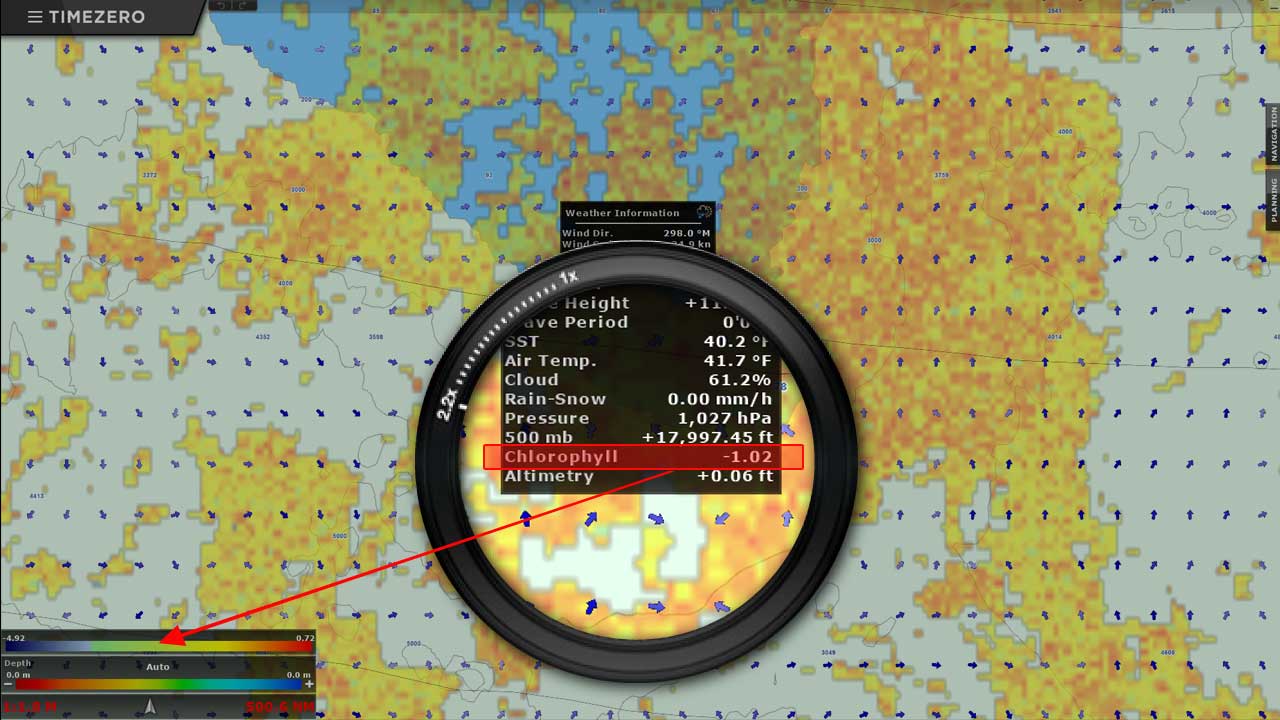 Geographic Currents (in color and as arrows)

Altimetry: It is without doubt the most pertinent data as it allows for the identification of oceanographic phenomena by measuring the altitude of the sea depth.

Note: The sea surface is not flat and the water level varies according to the sea temperature. Water which is relatively colder will be heavier than warmer water. This heavier water will cause a difference in sea surface height or altimetry. These differences in water temperature create water columns with different heights and this is primarily interesting for commercial fishing of pelagic fish which tend to stay away from changes in water temperature rather than going straight through these water columns. Schools of fish can often be found on these fronts where the sea surface height changes. With this tool, the zones where water temperature changes as well as the oceanographic structure is clearly defined and the fishing zones are more easily identified.

Geographic Currents: The currents that are provided by the Altimetry feature only take into account the ocean topography and they don’t take into account the effect that wind has on water. Geostrophic currents are closely linked to altimetry and provide important information on the degree of oceanic activity and the potential route taken by schools of fish such as anchovies, mackerel, sardines, tuna, swordfish, etc.

SST: The Sea Surface Temperature charts are mostly used by commercial fishermen to identify the presence of certain species depending on the surface temperature. The area in which certain species can be found is vast and depends in part on the sea surface temperature. Our SST charts allows both sport fishing professionals and commercial fishermen to identify the zones which are most favourable to specific species of fish.

Plankton: The concentration of plankton plays a big role in fishing. Plankton move in water columns in layers from the bottom to the surface, migrating vertically. They form the base from which a food cycle exists and so foraging fish seek out the plankton, while the carnivorous fish hunt the foraging fish. Knowing where the plankton will be in advance, is effectively knowing the locations of the best fishing zones